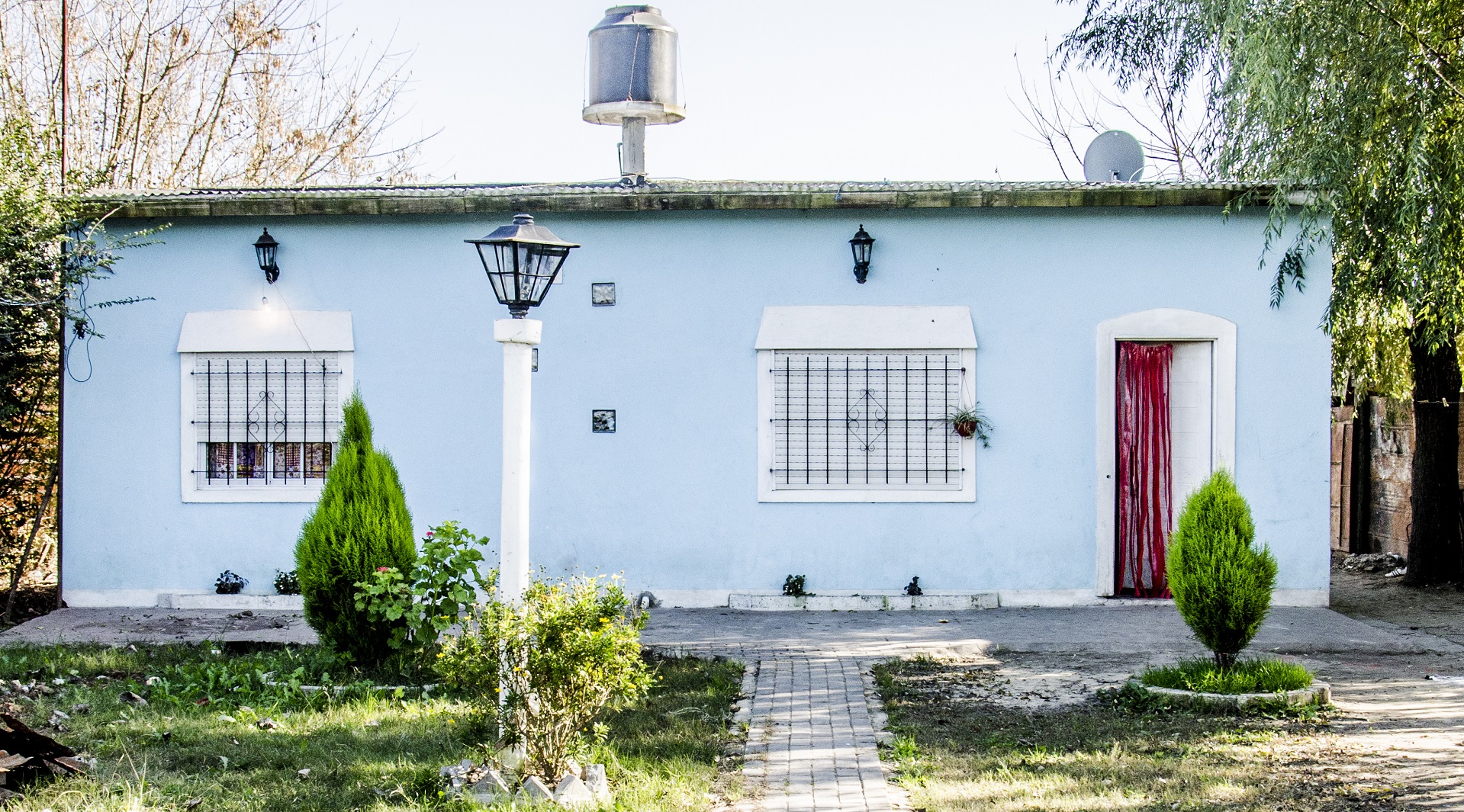 The community’s response to known risks, despite lacking the ability to control vulnerability, demonstrated its resilience. The project unleashed the neighbor’s capabilities and involved a high level of community participation.

The initiative was carried out in partnership with Chubb Seguros, an insurance company which supports the community’s effort to mitigate disasters and to reduce damage to homes during flood events.

The proposal put forward by neighbors and technical volunteers to address this issue involved raising the elevation of the water meters above anticipated flood level.

Sixteen home improvement loans were granted for purchase of labor and materials to raise electric meter elevation to regulatory minimums.

Currently, the length of the evacuation route is 350 meters and neighbors have proposed extending it to 500 meters, which will require additional resources to purchase materials. The route will include signage, paint and trees planted along the way, to serve as an evacuation route upon early warning that the nearby stream is rising.

More and more volunteers join us each weekend, as was the case with brigades from Chubb Seguros, and they work shoulder to shoulder with neighbors on any needed task, but especially making a safer neighborhood a reality.

On Thursday May 18th, a round table on informal rental markets was held at the San Martin Cultural Center where various perspectives on the subject were presented. Informal rental conditions are frequently abusive and affect a very large part of the population of tenement houses, pensions, hotels and urban slums.

Maria Elena Acosta, author of the publication ‘Fair Rents, Urban Solutions for Buenos Aires’, provided an opportunity to better understand her journey as she systematized her experience and main findings.

“We also emphasize the invisibility of the subject of rentals as a housing option, because what the real estate market and the policy of subsidies which took hold in Latin America emphasized new single-family housing, The problems faced by renting families also lack visibility”.

Pablo Vitale, representing ACIJ (Civil Association for Equality and Justice), focused on the situation in the ‘villas’ (urban slums lacking basic services and infrastructure), where ACIJ works intensively. For nearly the last three years, they have developed a perspective known as ‘Right to the City’ where, among other housing issues, rental problems are addressed.

“As a response, the Agreement for Urbanization of Villas being launched, addresses various points. Among those points, the situation of renters in the villas is highlighted as one of great vulnerability. In addition to facing the same problems as the rest of the neighborhood, renters lack visibility and the organizational ability needed to establish an agenda, present claims to authority, and join other territorial organizations”.

Arq. Prof. Raul Fernandez Wagner addressed the types of urbanization observed in metropolitan areas and the different types of markets developing within each context.

“Traditional forms of growth and expansion, particularly around the urban peripheries where families could buy a parcel and build their own home, are over. The cost of peripheral land is comparable to costs downtown, which are out of reach for the working middle and lower middle classes. Back then, the problem was finishing the house”.

Through the Seeds of Hope program, businesses concerned about housing problems in our country provide their employees with the opportunity to participate in construction events working directly with families benefiting from the projects.

Habitat for Humanity is globally recognized for the tangible experience opportunities available to volunteers. Be it physical labor or knowledge that they contribute, housing units get built at a lower cost. But the experience also seeks to transform the lives of volunteers as well as the lives of families, who see people concerned enough to help them break the cycle of poverty.

This program proposes a transforming experience which positively impacts the individual as well as the group: Helping others build their home helps us plant seeds of hope so that more and more families reach their dream of adequate housing.

The Vinas Ubiedo family takes part in the Rebuilding Santa Fe House by House project, which was established following the 2003 catastrophic flood when the Rio Salado covered two thirds of the city.

The family, whose home is located in the severely affected West side, was one of the families that responded to HPHA’s open invitation in 2004.

Mariela and Mario lived in very precarious conditions but owned a parcel on which to build their home. The couple has a 14-year old son. Mario is a jail guard and Mariela is a homemaker.

What distinguishes this family is their great willingness to participate actively and in solidarity with their neighbors. They put in long hours working on their own home as well as helping others build theirs despite Mario’s 24-hour on/48-hour off work schedule.

They have already repaid their loan and are in the process of obtaining a mortgage. Recently, they indicated their desire to become Home Fund donors.