In 2008, Habitat for Humanity Argentina transformed an empty, unsafe and dilapidated building into an apartment complex where nine families now formally rent. This apartment building, known as the Estela de Esperanzas project, began as a pilot model. Today, their success encourages us to continue looking for ways to expand and have a greater impact to provide access to adequate rentals on fair terms for the people who need it most.

Aimed at offering a solution for families that today live in precarious rental situations, we seek to address one of the urban housing problems. The knowledge on this issue that Habitat for Humanity Argentina has capitalized on is based on the research and experience of the Estela de Esperanzas project, which recovered an uninhabited space in the City to transform it into 8 apartments that are formally rented out to families living in tenements, tenants or boarding houses.

This constantly evolving initiative has been influencing the sector for more than ten years and positioning rental as a legitimate form of access to the city.

After this long journey, our work is geared towards possible changes in systems, practices and policies aimed at improving access to fair rent for more people. In a city where more than 30% of the population rents, and which generates so much exclusion and barriers for those who do not meet the formal entry requirements, it is essential to search for measures and models that provide a scale response to this reality.

The first and only property acquired by Habitat for Humanity Argentina for this project is located at Hernandarias 674, located in the La Boca neighborhood of the City of Buenos Aires. During a year, the necessary financing was secured to start the project and, after two years, the permits were obtained to start the construction of an 8-apartment building. Through a great task of advocacy, patience and perseverance, and with the support of the Government of the City of Buenos Aires in the last stage, permission was obtained to dismantle the structure in poor condition of the old conventillo * that was built in the purchased lot.

During this time, Habitat for Humanity Argentina decided to open the tenement and allow the observation of the living conditions of the people behind the facades. Hundreds of people (officials, academics, NGOs, businessmen) visited Hernandarias 674 and its surroundings and, in this way, the reality of a population made invisible by the informality of its housing situation was made known.

In 2011, the approvals of the dismantling and construction plans were achieved and construction began in July 2012. Almost at the same time, the selection process of the first families of the neighborhood who would be the beneficiaries of the project began, and that Today they live in tenements, tenants or boarding houses, through referrals from local organizations. This process took into account the family’s willingness to overcome its informal situation and its ability to assume responsibility for a formal rent payment, in addition to the costs of a consortium. Today 8 families live in the building in conditions identical to any formal rental in the city.

Today, this project has several lines of action: 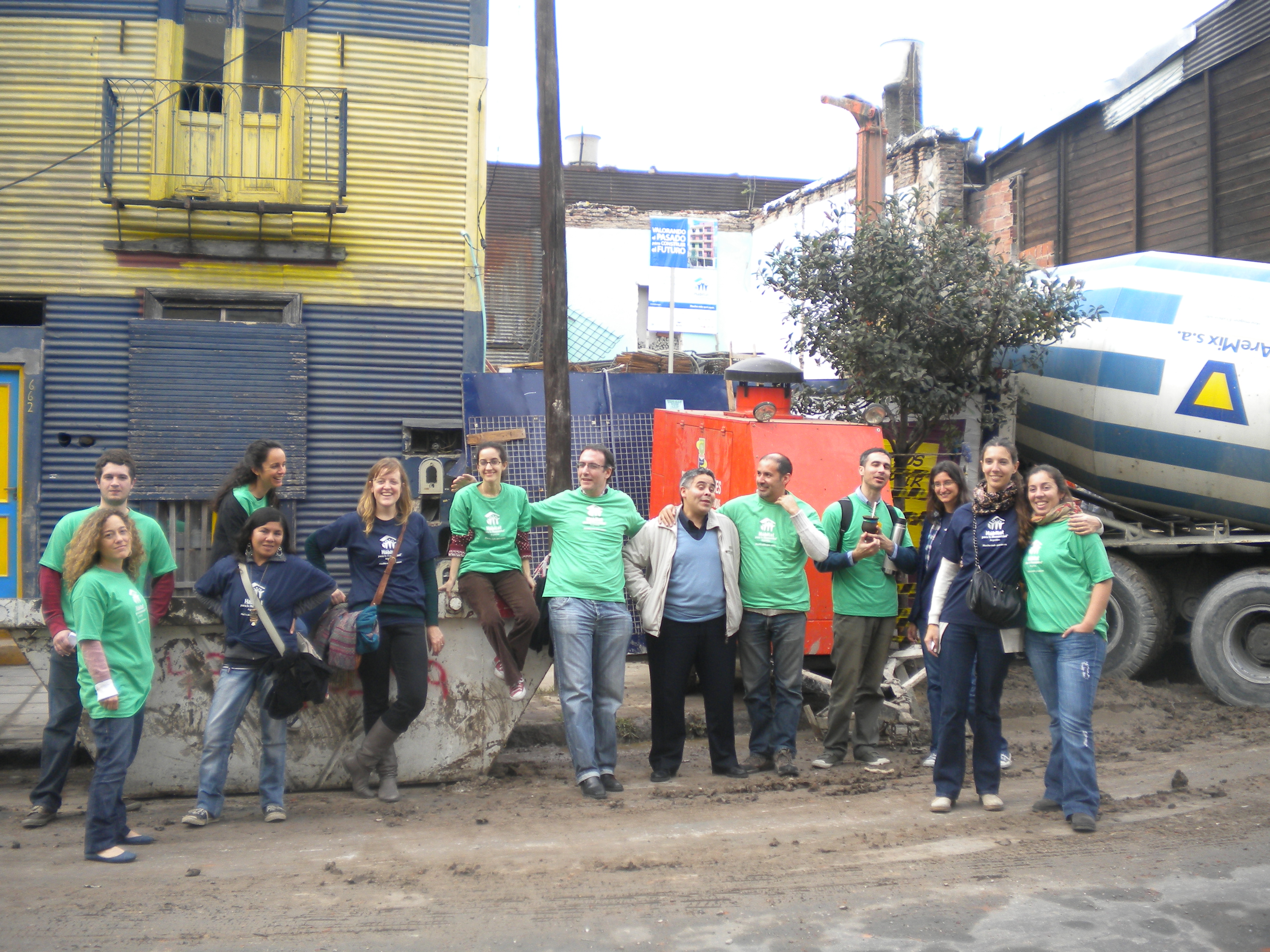 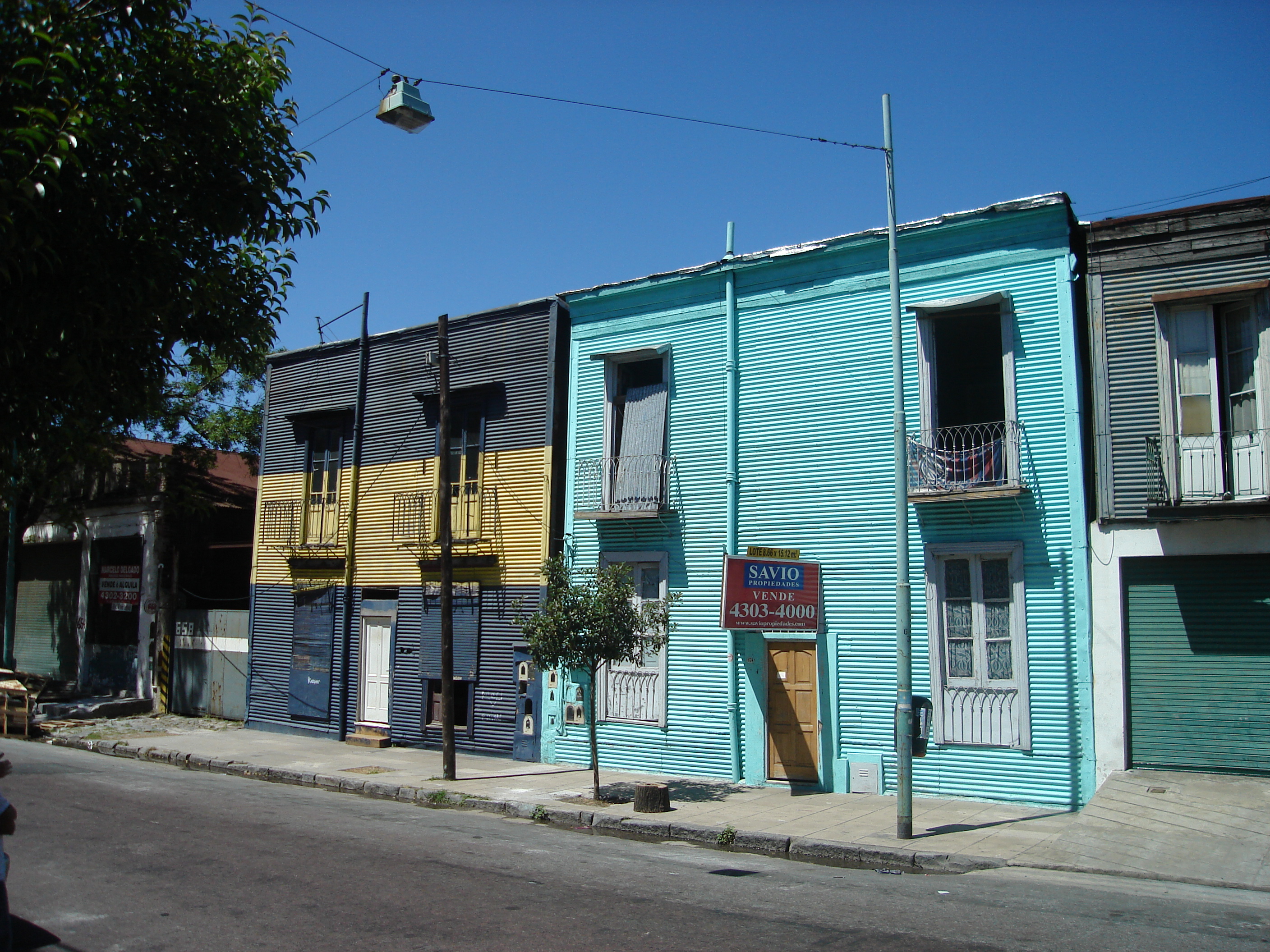 [1] Conventillo: (from the diminutive of convent) is the name of a type of collective urban housing, also known as tenancy, in Argentina, Uruguay, Chile and Bolivia, and a tenement house in Spain. It is a house in which each room is rented by a family and services such as dining room and bathrooms are common to all tenants. 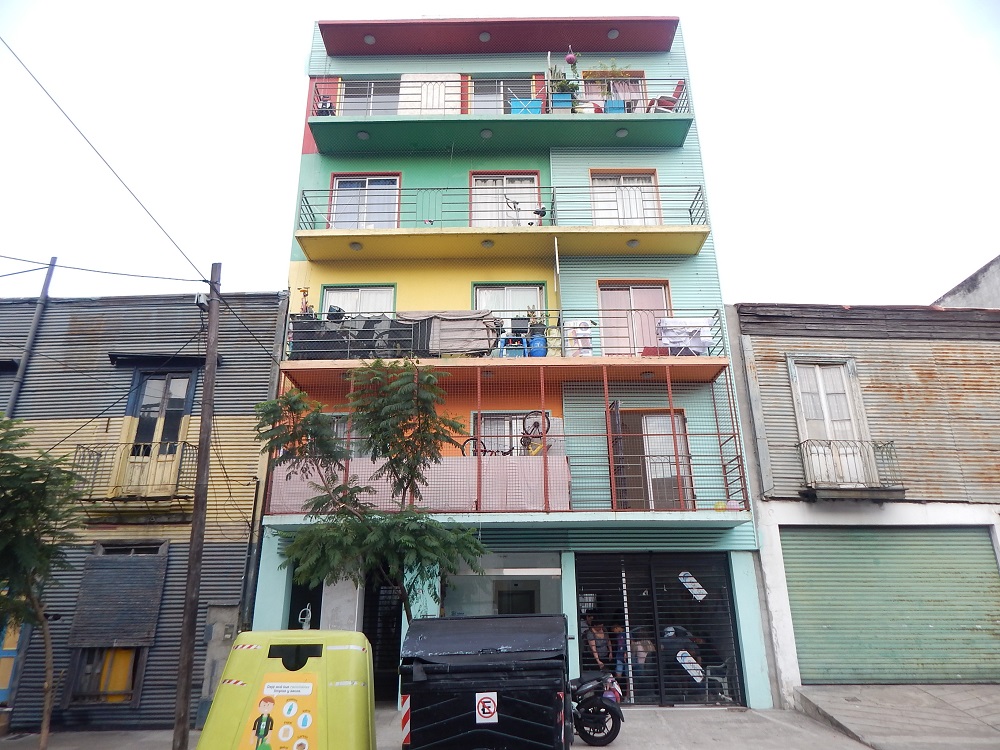 The Hernandarias 674 building reinterprets the motifs and colors of La Boca in order to seek a harmonious aesthetic with its surroundings. In this way, the past is revalued to build the future. Declared of Social Relevance, by the Undersecretary of Planning of the Autonomous City of Buenos Aires, and of Social Interest by the Buenos Aires legislature in 2011. Image 2019.